Some time ago someone said, and many of you will be aware, “that the truth will set you free.” And I found , in my own search, that truth is everything I live daily, everything that comes in my life.

First I thought that the truth was that one which was poured from The Father, which was emanated from the spirit, and considered it as the only and the most important truth. Then I knew that, although it´s the most important, it´s not the only one. I realized there were situations in my own life which were also true and that ones could lead me to find peace, such as coming closer to the hills, coming into silence, meditating and connecting ,  from the depths of my being with the spiritual reality that includes us.

Then, coming out of this peacefull reality and coming in touch with people, I realized that many things began to come out of me, things that I could not understand they were there, and  I could not find a way to fuse them with that Peace I sought.

It was the reality of my humanity, trying many times to connect with other people through my own frames without any respectfully contemplating to the life of others and, therefore, also trying to impose what I understood to be good or ordered. Then I understood that the truth in me was a person who was seeking peace, but there was also a person who used to lose that peace when did not understand , did not lovingly attending neither to my surrounding reality nor the problems that be appeared.

I realized that problems always remained problems when they did not find into myself a person trying to solve them. I realized that when I dealt the problems with the intention of solving them, I could draw light from them and this extracted light brought me solutions, so the problems disappeared from my life but not from my environment neither from my neighbor´s life. Then, I also realized that walking through life with solutions and meeting people with problems and give them solutions and not problems, the love could make sense.  So, I have understood that the solutions allow us to channel love so that it becomes a good for all. 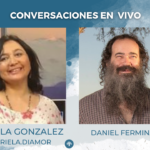 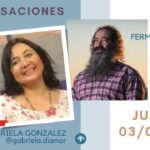